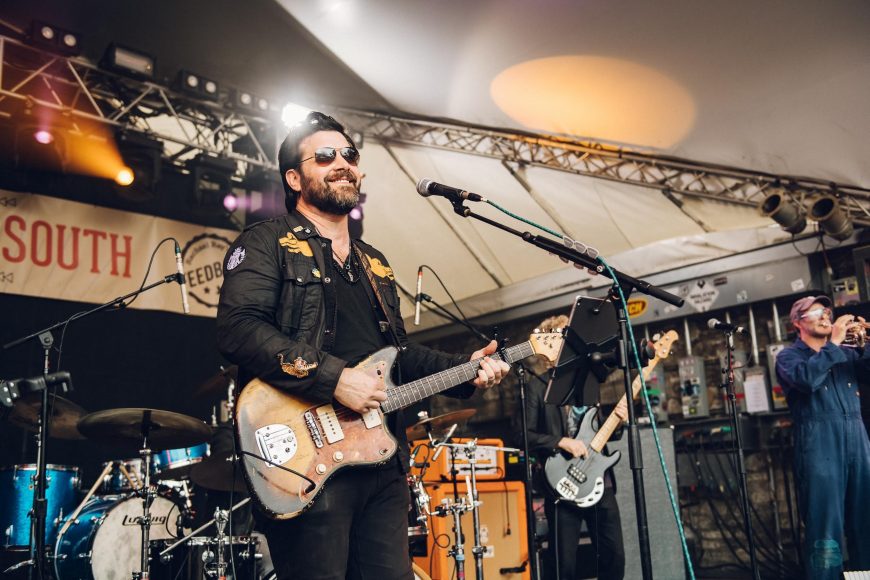 https://www.bobschneider.com Tickets https://www.eventbrite.com/e/an-evening-with-bob-schneider-tickets-208202267587?fbclid=IwAR0kc-nmTBFYnSd4VU5Wd1IHOLc76BG-FL1kMV9nyBEBCXFcTC0b6fdateY   Austin, Texas-based singer-songwriter and former frontman of The Ugly Americans and The Scabs, Bob Schneider has become

Austin, Texas-based singer-songwriter and former frontman of The Ugly Americans and The Scabs, Bob Schneider has become one of the most celebrated musicians in the live music capital. Drawing from a range of diverse musicals styles, Schneider’s talent has defied genres.

Schneider will be releasing a new record ‘In A Roomful Of Blood with A Sleeping Tiger’ in August 2021 with supporting tour dates throughout the US.

Combining elements of funk, country, rock, and folk with the more traditional singer/songwriter aesthetic, Schneider draws inspiration from the ’70s with a modern twist, reminiscent of contemporaries such as Beck. His catalogue is both uplifting and sober, unafraid to tackle powerful subjects like alienation, drug addiction, and lost romance in addition to celebrating life’s joys.

However, Schneider’s fan base reaches far beyond the city limits of Austin. He started gaining national recognition when he released 2001’s Lonelyland, his major-label debut for Universal Records, followed by 2004’s I’m Good Now. Since leaving Universal, Schneider has gone on to release more award-winning albums under Vanguard and began releasing “side projects” on his label, Shockorama Records.

He has released more than a dozen albums, written over 1,000 songs, is a published author, and is also an avid painter and collage artist – and doesn’t plan on slowing down anytime soon.